Bell High School student is featured in QFI video. She talks about how visiting Qatar and learning Arabic has broadened her horizons.
Published December 2, 2013 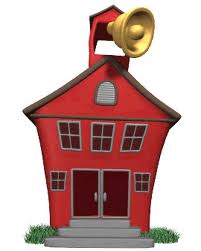 New bell schedules have been approved by the Local School Leadership Council. Click on the headline above for a preview of schedules beginning on July 1, 2013.

Click the link above to see the results of the out-of-classroom positions elections.
Published March 15, 2013

<a href="http://bellhs.edliotest.com/pdf/edsource-californiaschoolinitiatives.pdf"> Learn how the passing of Proposition 30 affects schools

Click on the headline above for information on Proposition 30 and 38 from EdSource (a nonprofit, nonpartisan organization founded in 1977 to engage Californians on key education challenges, with the goal of promoting education success).
Published November 13, 2012